Which U.S. President Got Stuck in the Bathtub? 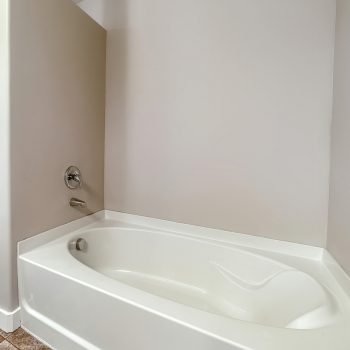 Most of us consider bathtubs luxurious and relaxing, but none of us were the heaviest United States president ever. That honor belongs to the 27th president, William Howard Taft, who ran the White House from 1909 to 1913. The story goes that he was, to our knowledge, the only U.S. president to get stuck in a bathtub during his term—but is it true?

Let’s break it down:

Taft is perhaps most remembered today for getting stuck in the White House bathtub. Apparently, it took six aides to pull him out, and a new bathtub was installed that could fit up to four men. The story, however, isn’t that cut and dry. While it is a hilarious tale, there isn’t any documentation to back it up. In fact, the story only began circulating decades after Taft’s presidency.

What we do know for sure is that while Taft was president, the White House got a tub that was so big, a president couldn’t possibly get stuck in it. Just weeks after Taft’s 1908 election, the captain of a warship carrying Taft to inspect the Panama Canal requested a large bathtub capable of holding the heavy-set president-elect. A Manhattan company specially crafted the largest porcelain tub ever made for an individual. I guess you could call this a preventable measure.

While Taft may or may not have gotten stuck in a bathtub during his presidency, he did have a bathtub issue at a hotel in New Jersey in 1915. He went to bathe like normal but didn’t consider how much overflow he would cause. The water displaced by his large body flooded the floor and dripped onto the heads of guests downstairs. He took it in stride though, gazing at the Atlantic Ocean and saying, “I’ll get a piece of that fenced in someday, and then when I venture in, there won’t be any overflow.”

Get a Bathtub Designed for You

While you may not be as large as former President Taft, you still deserve a bathtub customized just for you. At BathWraps, we offer a variety of stylish tubs that can be flawlessly installed in as little as one day. For more information, contact us today.